For more than twenty years, I have specialized in locating family members in Mexico for non-profit organizations, foster care agencies, attorneys and private individuals. Yet I had never heard of the term "family finding" until in 2008, I received a call from Kevin Campbell, who had developed the family finding concept in the early 1990s. Family finding is the process of identifying and locating family members of children in foster care in the United States to notify them of the child's situation. Once contacted, any one of these relatives can then step up to provide support and hopefully a permanent home for the child.

Campbell didn't have to convince me about the human value of locating a parent or relatives. Having already spent more than a decade reuniting children and adults with their families, I knew firsthand the power of finding a long-lost relative and how it can completely change a person’s life.

That's why I was shocked when, just a few months ago, a top investigator with one of the country's leading family finding organizations told me that there are still many in the foster care industry who maintain serious reservations about the value of conducting family finding.

The terrible inadequacies of our foster care system have been the focus of a constant flow of government studies and news stories. Recently, foster care was called the "last resort for children" by former Texas family court judge Brent Chesney. He continued, "Statistics show clearly that if you put someone in foster care, they stay there longer and the case stays open longer than if you put them with a family member or a friend."

Supporting Chesney's views are two studies cited by Martin Guggenheim, President of the National Coalition for Child Protection Reform (NCCPR). These showed that children in foster care suffered worse abuse than their peers who were left with parents who were known to mistreat them. Data from the Annie E. Casey Foundation shows that 17% of children enter foster care because of some form of abuse. Yet an analysis of the Casey Family Programs Northwest Foster Care Alumni Study by NCCPR revealed that nearly one-third of children are physically or sexually abused while in foster care.

As Martin Guggenheim wrote, "For a young enough child, [being removed from their home] can be an experience akin to a kidnapping. Children feel they must have done something terribly wrong for which they are being punished." He added, "When a child is placed into foster care, he loses not only Mom and Dad but often brothers, sisters, aunts, uncles, grandparents, teachers, friends and classmates."

Even for an adult, being torn away from your entire social circle would be a terrifying experience. Imagine being a child or a teenager forced to build a new life with virtually no emotional support. Coping with a new house in a new school district with a new family would be a tough pill for even a well-adjusted adult to swallow.

In January of 2016, a news report broadcast by KRIS-TV in Corpus Christi, Texas, highlighted a class action lawsuit that was filed against Texas' Child Protection Services. It resulted in Federal Judge Janis Jack calling the state's foster care program "broken" and ordering an overhaul of the entire system.

Yet as terrible as foster care can be for a child, aging out is often worse. That's when a foster youth is forced out of their home because they have reached 18 or 21, depending on the state. These kids often lack the skills to survive. Eighty percent find themselves at risk of starvation, becoming homeless, committing crimes, ending up in prison or killed. Jim O'Hara of the Pew Charitable Trusts says, "We have failed these children if they 'age out' of foster care without a safe, permanent family they can count on." The ones who do age out have usually been in the system for five years or more. Gary Stangler of the Jim Casey Youth Opportunities Initiative has stated, "Every child in foster care deserves a family, and the need doesn't end at age 18. The desire for family is hard-wired in us."

The reasons for performing family finding are its many benefits. Ann Silverberg Williamson, DHS executive director, stated, "Evidence indicates that children are stronger and have a longer societal success rate when they can safely remain in their family unit, school and community." Research by the Los Angeles based organization, Community Coalition, founded by Congress member Karen Bass, found that "children placed with relatives have better outcomes, including fewer behavioral problems, higher high school graduation rates and less chance of unemployment and homelessness."

While child experts, judges and research institutes such as the University of Pennsylvania agree that foster care is not the best place for a child, funding continues to be cited as a problem for agencies needing to conduct effective family finding. However, this just doesn't make sense. Finding family members would save foster care agencies money. Kern County’s California Permanency for Youth Project stated in a 2008 report:

“Over $200,000 a month could be saved if only 37 youth were placed, resulting in millions in annual savings. The calculations provide solid cost justification for permanency programs, aside from the immeasurable benefits that come from providing youth with homes.”

For those in social services who remain skeptical as to the benefits of family finding, one only needs look at the alternatives. Let's take a realistic scenario: Ann, 13, enters a California group home where the monthly cost is $5,000. That's a minimum of $60,000 a year. At that age, her chances of getting adopted are about 1%, so it's likely that she will remain in that group home for five years at a total cost to the state of $300,000. In contrast, the cost of doing the diligence to locate relatives -- a process which can deliver results in a matter of minutes, not months or years -- can vary from as little as twenty dollars for an online search to a few hundred for a more extensive investigation.

There is great motivation for any agency to follow the family finding protocol. The Center for Family Finding and Youth Connectedness states that the success rate in locating relatives in the U.S. can be as high as 85%. With a thorough family finding, often one or more relatives are located and notified of the child's circumstances. In the worst case scenario, where no one is able to take her in, the agency can provide Ann with their names and contact information. In this way, she can have information and possible contact with blood relatives who may still offer emotional support, especially once she ages out.

In a better and more common outcome, one of the relatives does want to take Ann. The agency will most likely pay them $4,000 to $5,000 per year for the care of Ann now that she is in relative placement. So apart from the human concerns, from a purely financial point of view, the choices in this case are to pay $60,000 per year for Ann's annual care in a group home, or spend a few hundred dollars for family finding with the chance of success leading to a yearly cost savings of $55,000.

Looked at from this perspective, is there a credible argument still to be made for not doing the diligence of family finding?

"It is painful to think that some child currently in U.S. foster care could be with blood relatives – perhaps not a perfect solution but at least one that has a chance at being humane – or, if we knew for certain that their family could not be found, we would be able to attempt a permanent placement."

Even if an effort is not successful, at least the agency has done its best to unite a child with family members. Not putting 100% effort into family finding is not only irresponsible, it places tens of thousands of foster children at unacceptable risk.

Maybe it's time for both those in and outside the industry to ask harder questions, such as who is possibly against searching for families? What motivation could there be to give less than the full diligence to unite foster children with their relatives? These kids deserve a shot at that better, brighter future. Why in the world would we not want to give it to them?

It's definitely time for agencies and the public to support the family finding process. Let's make sure our family finding efforts reflect this simple and honorable goal. We're doing it to help the children. 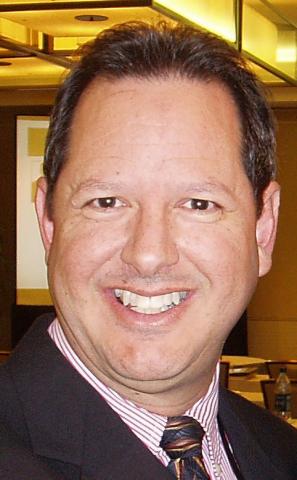 Richard Villasana, a proud Navy veteran, is a leading international authority on reuniting children in U.S. foster care with their relatives. Villasana is an author and international speaker who has been featured by the San Diego Business Journal, the Union-Tribune Radio Network show, San Diego Finest Business Radio, and EFE, the world’s largest Spanish language media company. He is the founder of Forever Homes for Foster Kids. For more than 20 years, the organization has been building stronger families and communities by locating relatives of foster children so they can move out of foster care into forever homes.

Villasana’s insights on locating families have been taught to social workers around the country. He specializes in cross-cultural and “family finding” training for universities, social service agencies and nonprofits. To have Villasana speak to your company, school or association, email him at info@ForeverHomesforFosterKids.org.

Visit www.ForeverHomesforFosterKids.org to become part of the growing number of supporters of foster children because every child deserves a forever home and a happier, healthier life. Villasana can be found on Facebook and Twitter at @FamilyFindingMX. 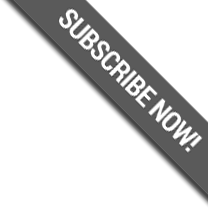